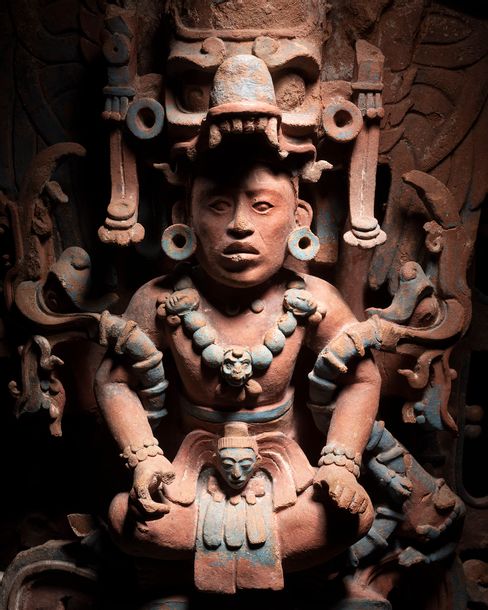 € 2.2M for the 5th part of an American collection of pre-Columbian art

During this opus, the accent was put on some masterpieces of pre-Hispanic Mexican art, coming from the Olmec, Mayan, Veracruz and Mixtec cultures. During this auction, important results were recorded, starting with an acrobat in brown soapstone who found a buyer for € 454,180 * (lot 40). Dated from the Middle Preclassic, that is to say between 900 and 400 years BC, this surprising figure, to say the least, was estimated between 200,000 and 300,000 €. The oldest depictions of acrobats and contortionists come from Mesoamerica and are very rare. These figures can represent acrobats, whose role was to entertain high-ranking figures or, as some authors suggest, to intervene in well-defined rituals. On the other hand, an imposing Hacha illustrating Veracruz culture has changed hands at a significant cost. The votive hashes - including this one in gray andesite, dating from the 1st century and estimated at 90,000 - 100,000 € - are part of the "yoke-ax-palm" trilogy, associated with the ball game and the cult of the dead in the classical era, in the Veracruz region. It was sold for € 122,940 (lot 52). Finally, an exceptional censer support, representing a seated lord and illustrating the Mayan culture, found a buyer for € 322,980 * (lot 69). In modeled clay, this censer support estimated at 175,000 - 200,000 € is partially enhanced (cold) with turquoise blue and white paint. This censer base belongs to a type of artefact, many of which have been found in Palenque, in what is now the Mexican state of Chiapas. There they are particularly associated with the monumental group of the Triad, dominated by the so-called “Temple of the Cross” which was inaugurated by King Kan Balam II in 692.
Every year since 2017, a sale has been devoted to the dispersal of this set, totaling so far more than € 10M.
The entire sale totaled € 2,273,833 *.